Almost 1 Billion Guns in the World

This is such an incredible amount of guns in the world! There are an estimated 875 million guns including civilian, police, and miltary firearms. To put this in perspective, it is about 1 gun for every 7 people in the entire world! Many of these guns are sold illegally simply because there are just too many in the world to properly control the distribution of. This makes guns very inexpensive as well in many parts of the world, often times cheaper than many necessary items such as basic food for survival. The amount of guns in the world also speak to just how we are doing as a society that we are able to produce almost a billion guns yet there still are billions in the world living in poverty. 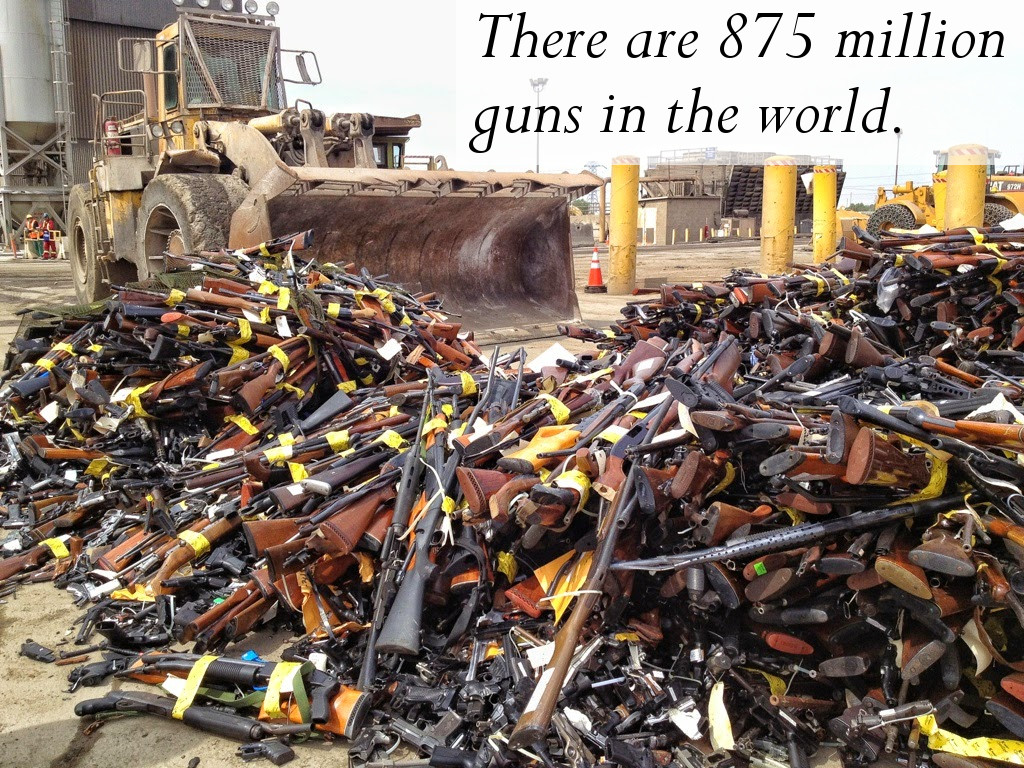