We are made of stars

As unbelievable as this may sound, this is in fact true. We are in fact made up of the very same material that stars are made of. The reason for this is that very light particles, such as hydrogen and helium, where formed and scattered after the Big Bang. These particles thus formed large clouds of gas and dust, which we are called stars, which when gathered together because of gravity formed increasingly heavier particles. Basically all heavier particles which form every thing around us, and us as well, were formed in giant nuclear reactions inside stars which eventualy die out and explode, thus releasing these particles throughout the whole universe.

All this science aside, this very fact that the material matter between us and stars are the same, raises very profound and fascinating questions. Questions such as what are we?, if we are like stars, why are we able to think for ourselves?, and why are we physically no different from the stars, and in fact every thing else in the world? These questions are truly profound and which may never be fully answered, but one thing we know for sure, the more we learn about the universe, the more we learn about ourselves! 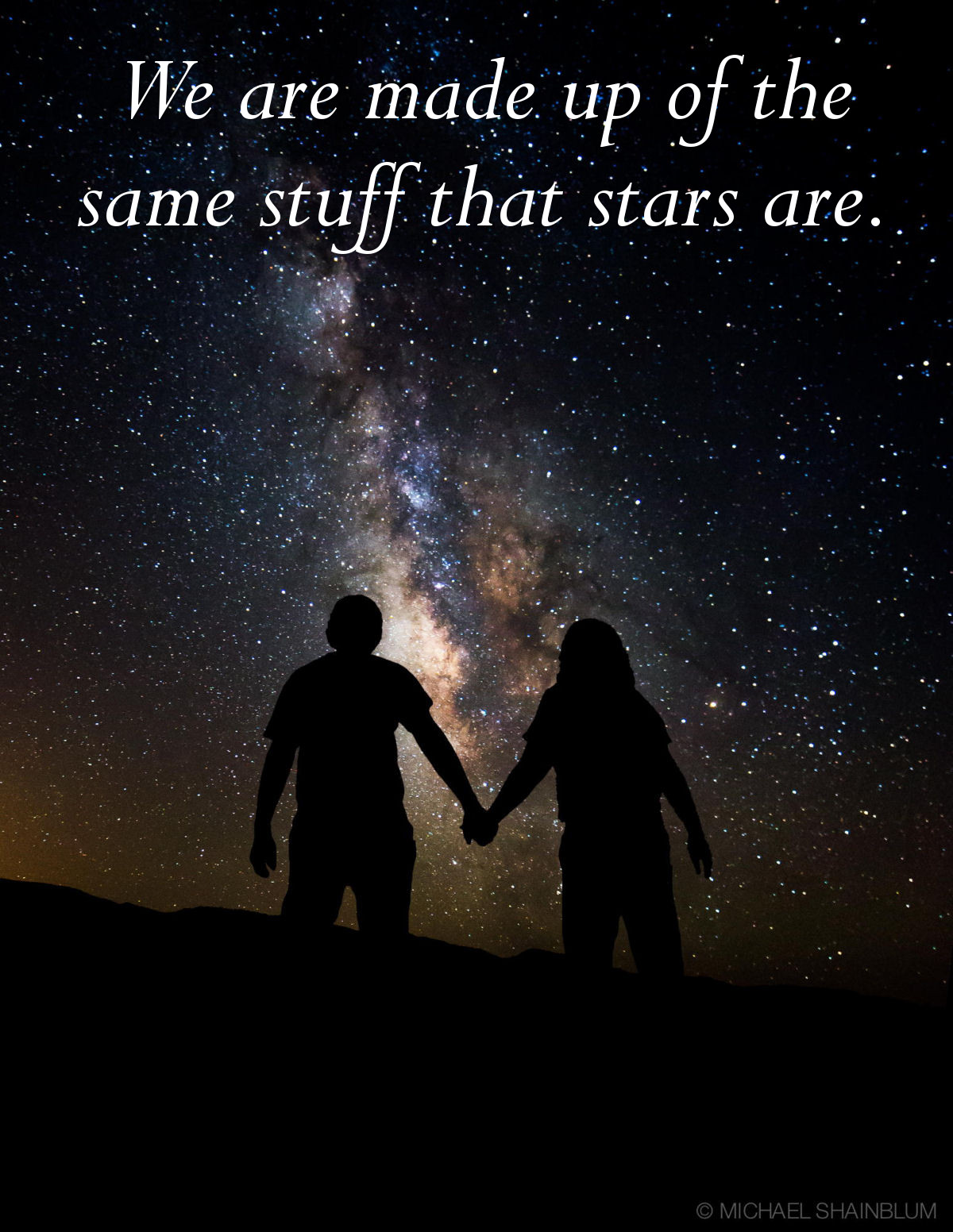