The Black Death (or also known as the Black Plague) was one of the most devasting pandemics in human history. It is estimated that anywhere between 75 to 200 million people died as a result of the disease. Recent DNA analysis suggests that it was due to the "Yersinia pestis" bacterium virus, causing widespread and varying forms of plague. The disease spread throughout the Mediterranean and Europe and reduced the world popluation by an estimated 20% in the 14th century. 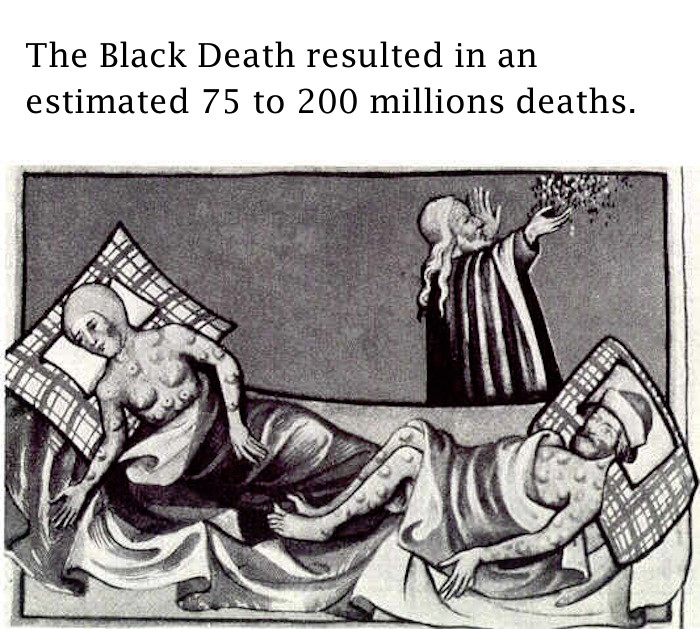