Seven Percent of All People Born Are Living Now

This is such a remarkable fact about world population, now and throughout history. And this world population graph shows just how the world population has skyrocted in the last 100 years. It is estimated that there is about 101 billion people to have EVER lived, as of 2016, which means that the 7.4 billion people currently living on the earth account for 7% of ALL people ever born! This is a mind boggling statistic. This puts all of history into proper perspective, and makes the current issues regarding our world, in terms of poverty, environmental, political, and conflict concerns exponentially more significant and earth changing than at any time in history.

The shear number of people, while makes managing such a large population effectively, and ethically, very challenging, it has sped up the technological industry to unimaginable rates! With a greater population than ever before, as well as significantly more percentage of the population focused on advancing technology, rapid changes to computers, communications, and virtually all forms of technology are rapidly improving. But again with this improvement creates problems that affect at an even wider scale, the entire world around us, problems we should all view as challenges waiting for us to solve. 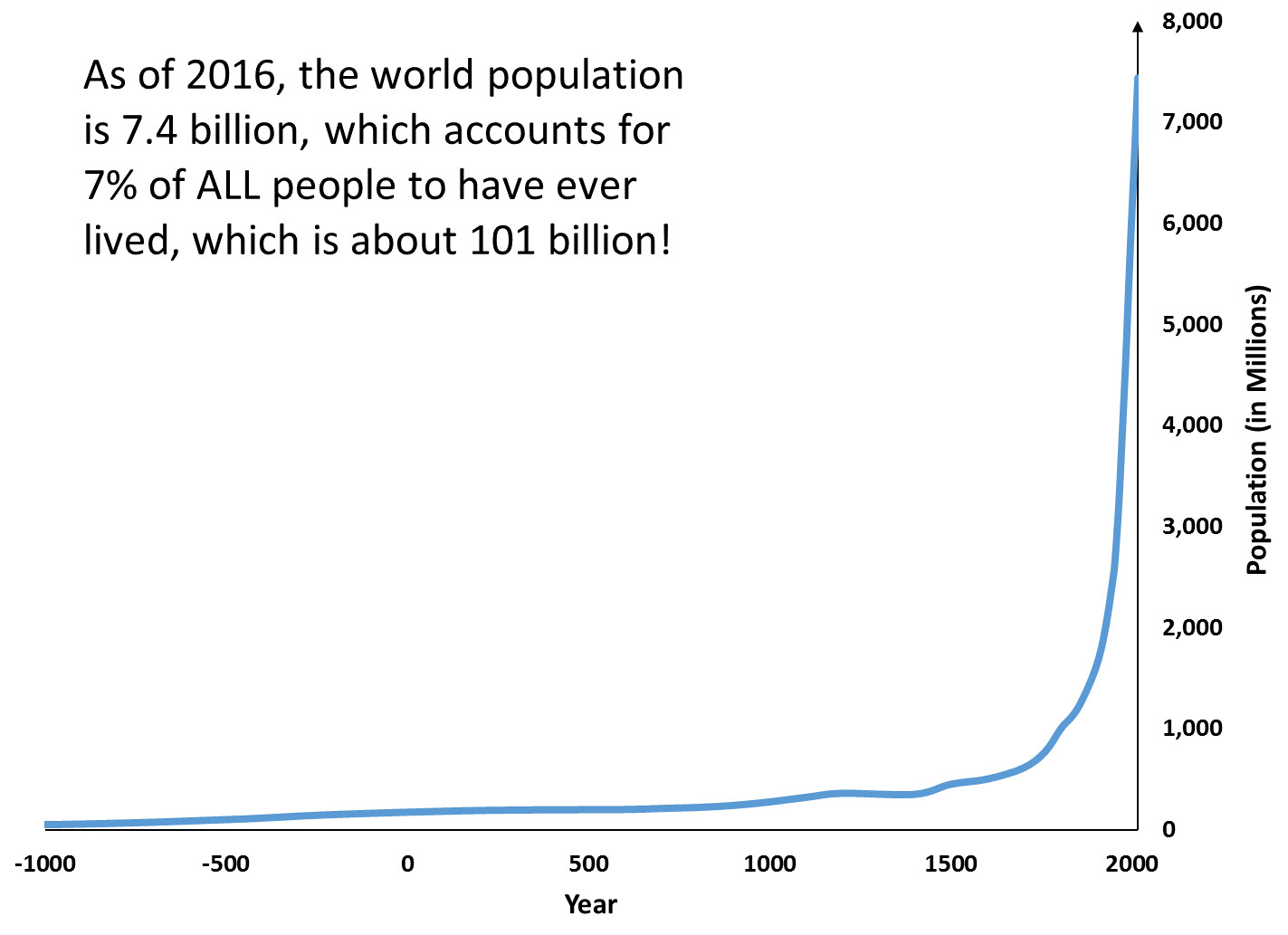