The total number of civilians that have been killed since the start of the United States invasion of Iraq is between 168,534 – 187,720(1). These deaths are considered "violent deaths" and do not include the many people that died indirectly through disease, malnutrition, lack of hospital care, etc. Also, the total number of people killed involved in combat is about 251,000(1). This includes soldiers from both United States, Iraq, and others involved in the conflict. This is a very sad statistic and illustrates the importance of decision making by our politicians. Was it all worth it? Why was the war even started? Did Saddam Hussein actually have "weapons of mass destruction"? And the current problem which plagues the world, Islamic State or ISIS, may just have been a result of the Iraq War. Also the total cost of the Iraq War has cost the United States tax payers over $2 trillion USD, which is estimated to rise to $6 trillion in interest payments(2). These are the costs of war, and when ever politicians allude to war, such as USA and Russia arguing over Syria, we the people must hold these people accountable, because we all know who is going to do the actual fighting... 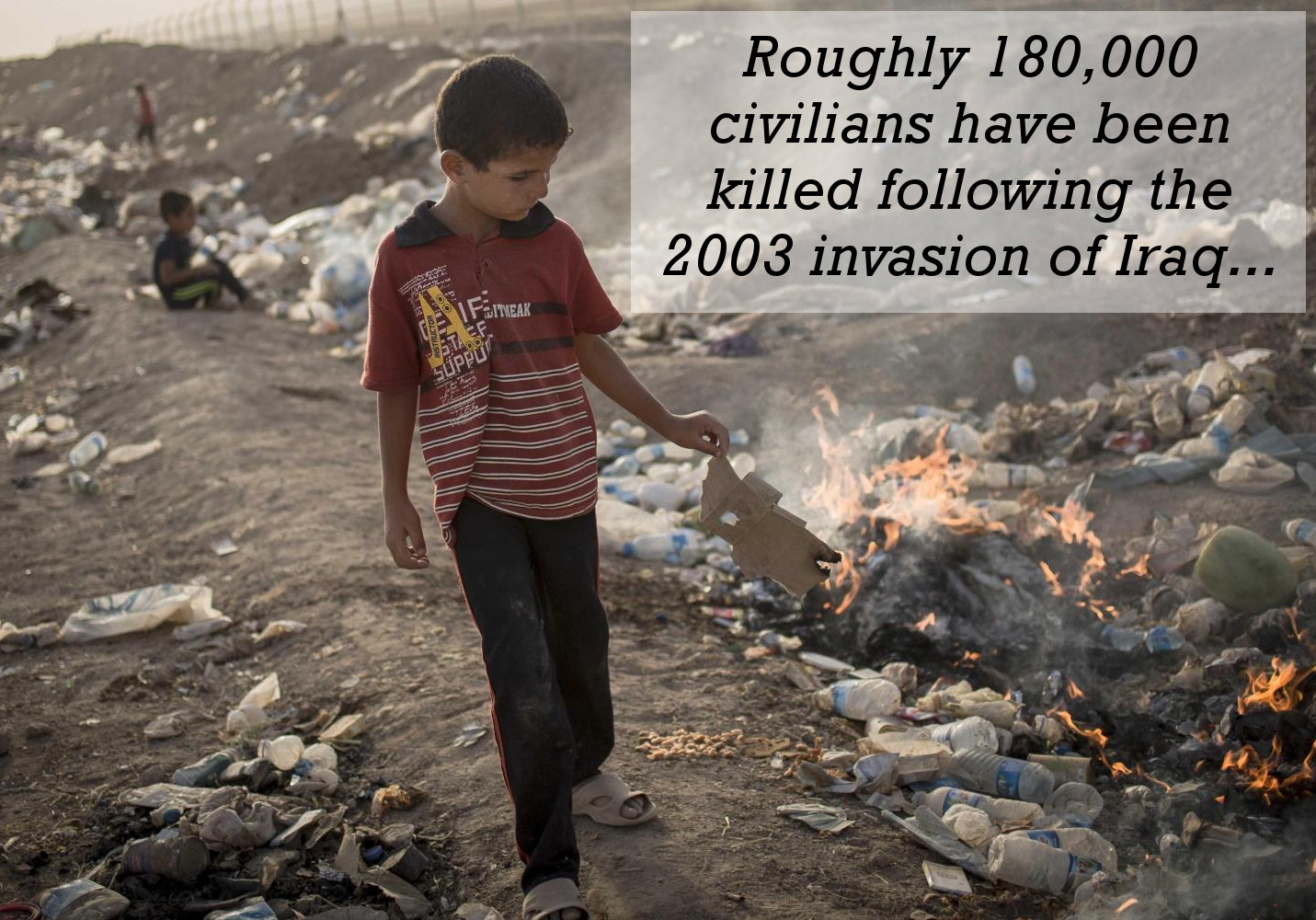