Modern Slavery Is Bigger Than Imagined

Modern Slavery is a very real and tragic issue that has and is destroying the lives of millions of people. In it is currently estimated that there are 45.8 million people (1) living in slavery as of today, the year 2016. More than half of all slavery, 58%(3), exists in 5 countries: India, China, Pakistan, Bangladesh, and Uzbekistan. About 78% of slaves are involved in forced manual labor, and about 22% are used as sex slaves and forced prostitution(5). Another sad statistic is that 26% of slaves are children(5). These statistics illustrate just how widespread slavery is, and just how many people suffer needlessly. While the majority of slaves reside in the poorest countries, the truly sad thing is that many work in factories to produce the products purchased by the richest countries. This has to come to an end, and work must be done by every country to end this horrible explotition of our fellow human beings. 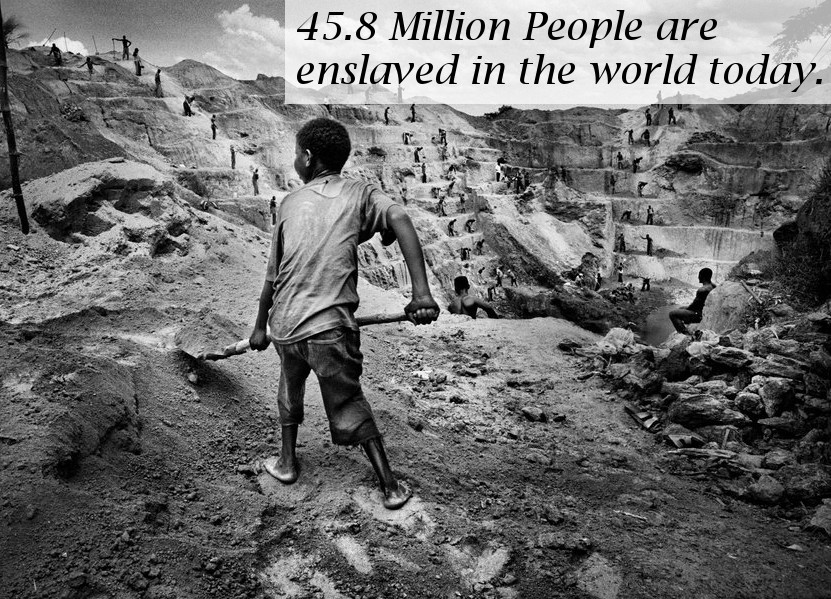