Your Phone is More Powerful than Moon Landing Computers

Technology has skyrocketed since the Appollo 11 spacecraft's moon landing in 1969. In fact technology has advanced so much that nearly everyone in the world has a phone that is more powerful in everyway than the computers used to land the first humans on the moon. To put it in perspective, the main Appollo Guidance Computer which was onboard the spacecraft weighed 70 pounds, had 64 kB of memory and operated at 0.043 MHz. Compare that with the iPhone 5s which can easily fit in your pocket and has a CPU running at speeds up to 1.3 GHz. Thus in terms of CPU speed alone, the iPhone 5s is over 30,000 times faster! The iPhone's 1 GB of RAM is over 15,000 times larger than the Appollo's 64 kB of memory. Thus with a device more powerful than those used in the moon landing, the possibilities of what you can do are endless! 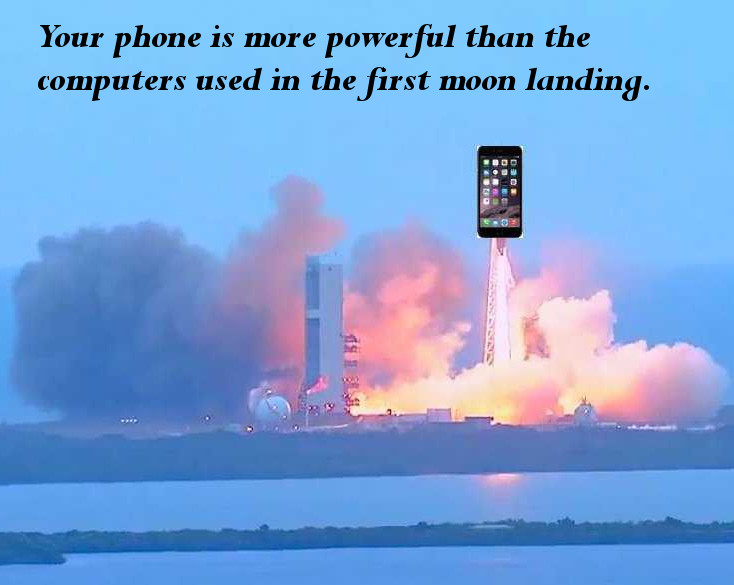