This is such an incredible and sadly unfortunate statistic. The fact that the top 62 richest people in the world have as much wealth as the poorest 50% of the entire world population shows that the current world economy has some serious flaws in it. To put it in perspective there are 7.4 billion people in the world as of 2016 so half that is 3.7 billion people. Yet a tiny group of individuals have as much wealth. What's more alarming is that despite technological advancements in the past few decades the rich vs. poor wealth gap has only increased and has no sign of slowing down. This is a huge problem and requires that we rethink how the economy works in order bring the wealth gap to more reasonable levels. 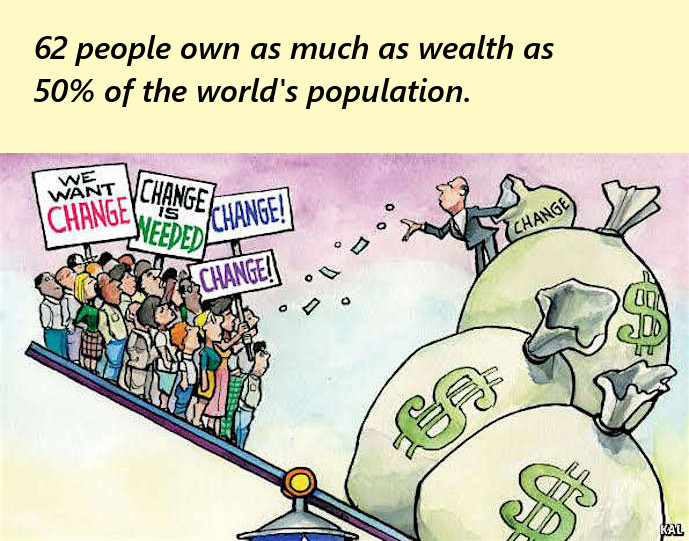