The Pokemon Go craze has literally taken over the world, even though it is only available in a few select countries. It has become the most rapidly downloaded mobile app in the world, and it is making Nintendo incredibly richer than it already is. In fact, Pokemon Go increased Nintendo's worth by about $7.5 billion in just the two days! In fact, Pokemon Go now has more active users than Twitter.

But as shocking as all of these statistics are, it should come to no surprise to Pokemon Go's success. The reason is because the future of technology is amongest us, and that is in Augmented Reality, which Pokemon Go is just simply the first real app that takes full advantage of this new technology. Augemented Reality technology is the first technology to literally intermix the physical world with the virtual world. This means that we can potentially digitize our entire physical world. For example, why type on a computer, when instead you can type on an augmented reality keyboard with unlimited augmented monitors around. But why stop there, why type when you can simply think out the words... Anyways I am getting carried away but augmented reality is here to stay and will soon transform the entire world in ways we haven't yet come to grips with. 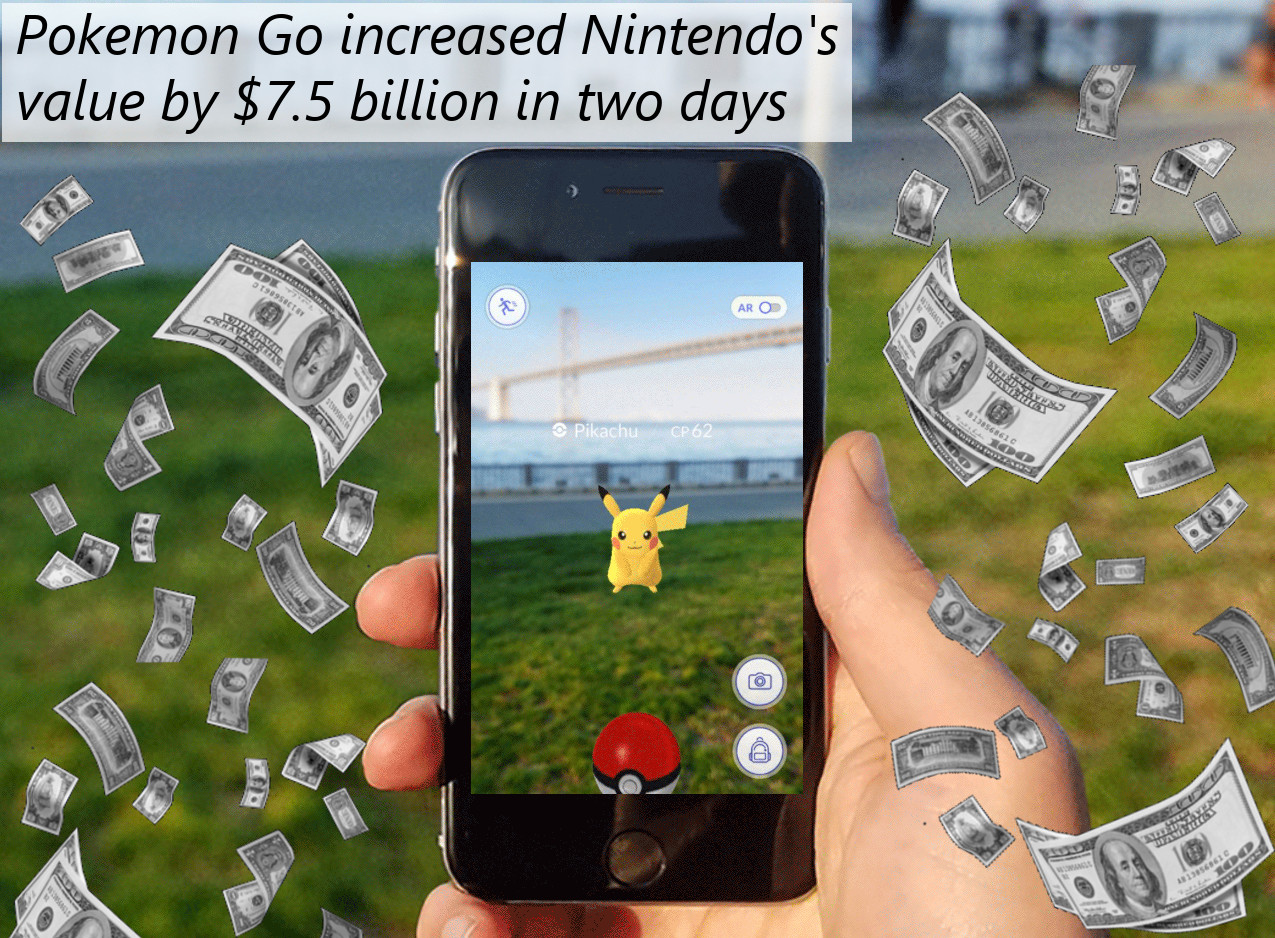