If you think teleportation is only the stuff of futuristic television shows or movies, such as Star Wars and Star Trek, then you are mistaken! In fact teleportation has been proven, well at least at the quantum scale, and had even puzzled Albert Einstein who termed it Spooky Physics at a distance. Now quantum teleportation does not quite mean large molecules, let alone a human, can be teleported just yet, the keyword might actually be "yet".

Quantum Teleportation is the proven process of transmitting quantum information, such as the exact state of an atom or photon, to another atom or photon at really far distances after first undergoing a process called quantum entanglement. Quantum entanglement is the physical phenomenon in which particles interact in a way dependent on each other. I am not going to go into the details of these quantum physics concepts but the main thing to get out of this is the teleportation is in fact real. It is also important to note that quantum teleportation depends on the current for communication, which can go no faster than the speed of light, thus quantum teleportation has not been shown to be faster than the speed of light. Another note is that this teleporation is only of information in the form of "qubits" and not atoms or anything larger, again only as of "yet" because of the rate at which technology is changing! 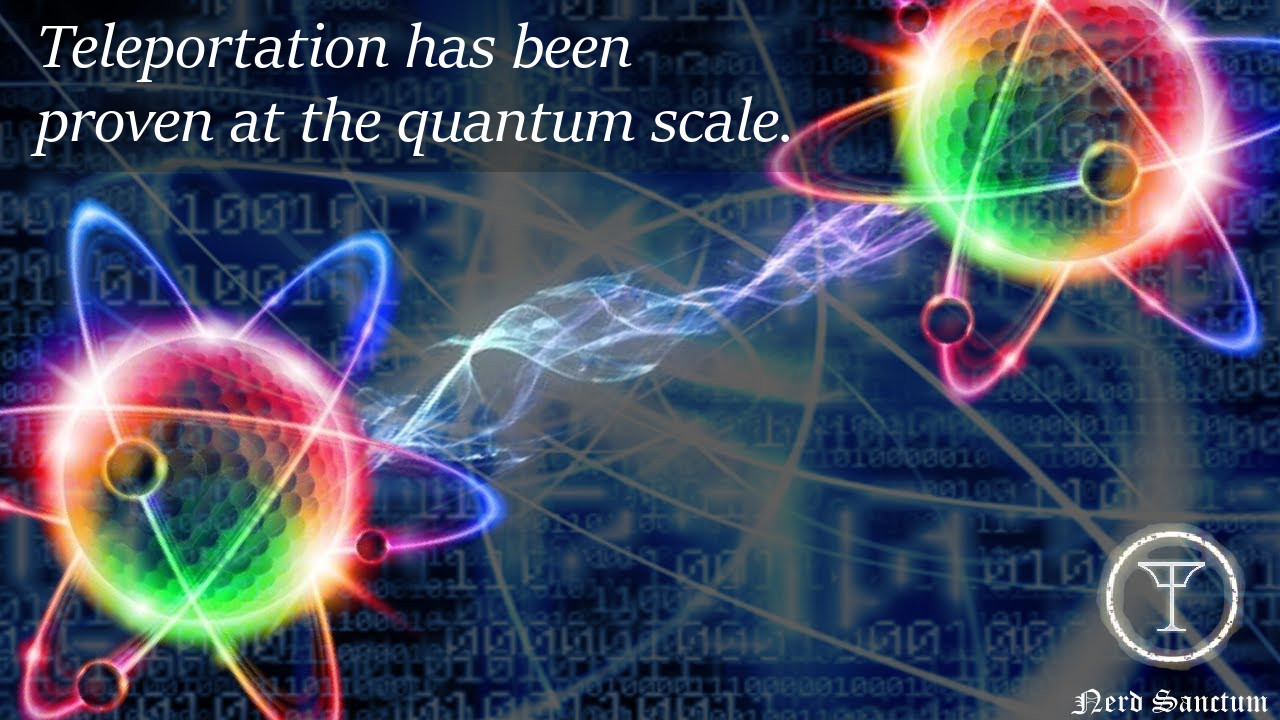