There are over 1.2 Billion cars in the world

The amount of cars in the world is truly staggering! There are over 1.2 billion cars in use in the world as of 2014, an increase of 400 million cars from the 800 million cars in just two years prior, in 2012. With so many cars in the world, not only is global warming and greenhouse gases a big issue caused by cars, but also resort to large amount of traffic, and traffic-jams as this image shows. There are many other problems raised from too many cars on the road, namely noise and air pollution, and especially human safety as car crashes kill many people world wide.

Luckily there are some initiatives being brought about to lower the number of cars, the biggest of which are electric cars and ride-sharing, such as Uber. These not only help lower the amount of cars on the road, but the ones that are on the road are far more environmentally friendly. Another big technological change that is happening is autonomous vechicals, which all but remove the need for anyone to actually own a car. With autonomous vechicals not only will there be less cars on the road, but less cars being parked because less people will need to own one. Hopefully these technologies move to the mainstream before the damages of the current billion cars in the world cause irreversible damage to our environment! 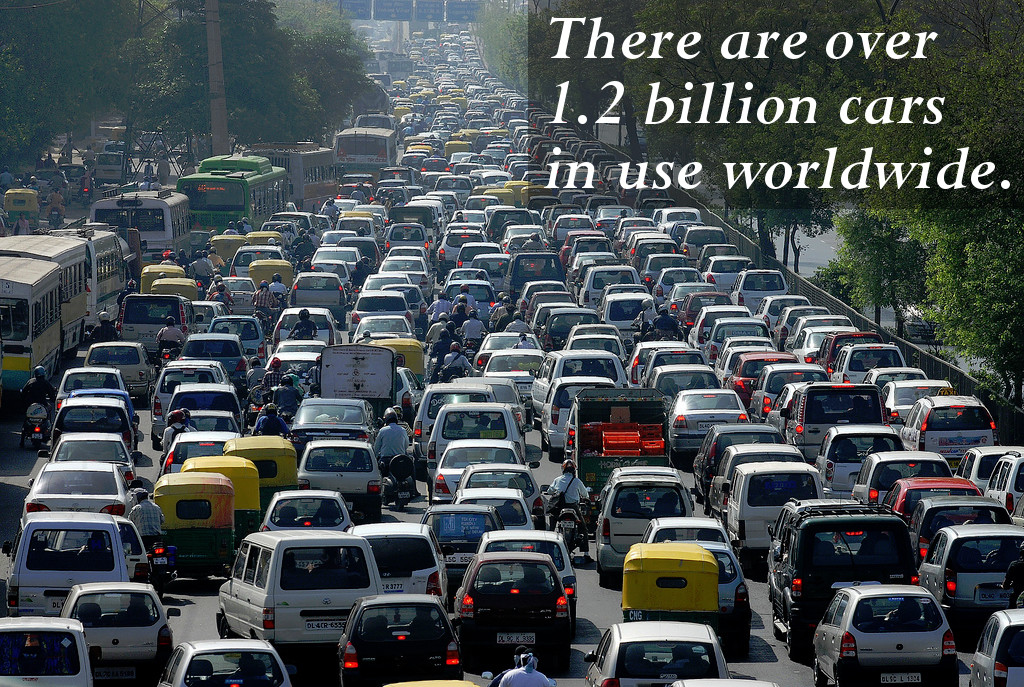