You can recognize people of your own race easier

This is a very interesting fact about how we naturally are able to recognize people. It turns out that we are more naturally inclined to recognize people of that same race. This is called the Cross-Race Effect. This simple fact may be a big reason why stereotypes and even racist notions are developed from. This is because people of different races will be viewed more as a group or collection rather as each person individually. Seeing people as a group rather than as individuals has given rise to very dangerous and racist views towards people.

In addition to the cross-race effect is the Ingroup Advantage, which is also the ability to recognize people more easily that share the same cultural or inter-ethnic or inter-race situations as yourself. To put it more broadly you are able to recognize people similar to those you are and have spent the most time around. This is actually a very reasonable concept and we should recognize it as such, and not rush to conclusions or group people too broadly. 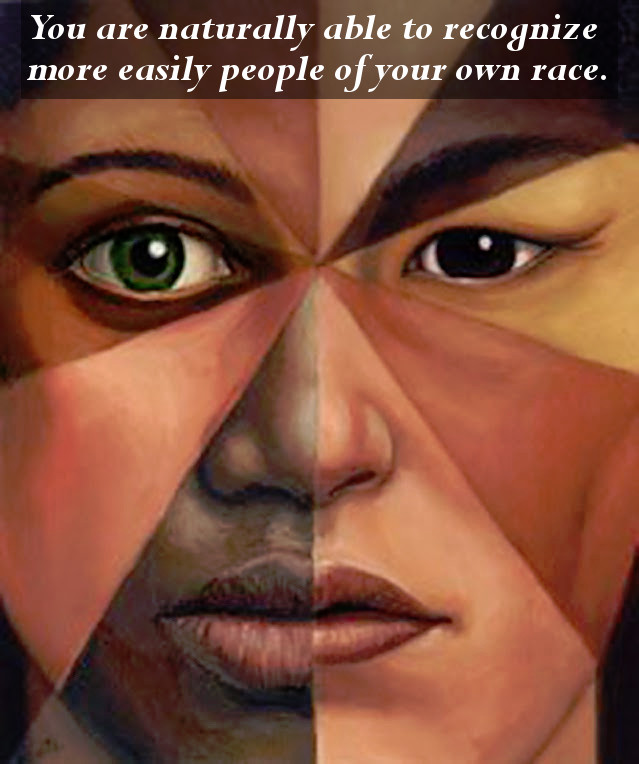